Lantigua also directs his play – about the journey of a young single mother and her blind-to-reality daughter. “This play serves as a parable of love and sacrifice,” says Lantigua, regarding his play.

We spoke with Mr. Lantigua about his work. 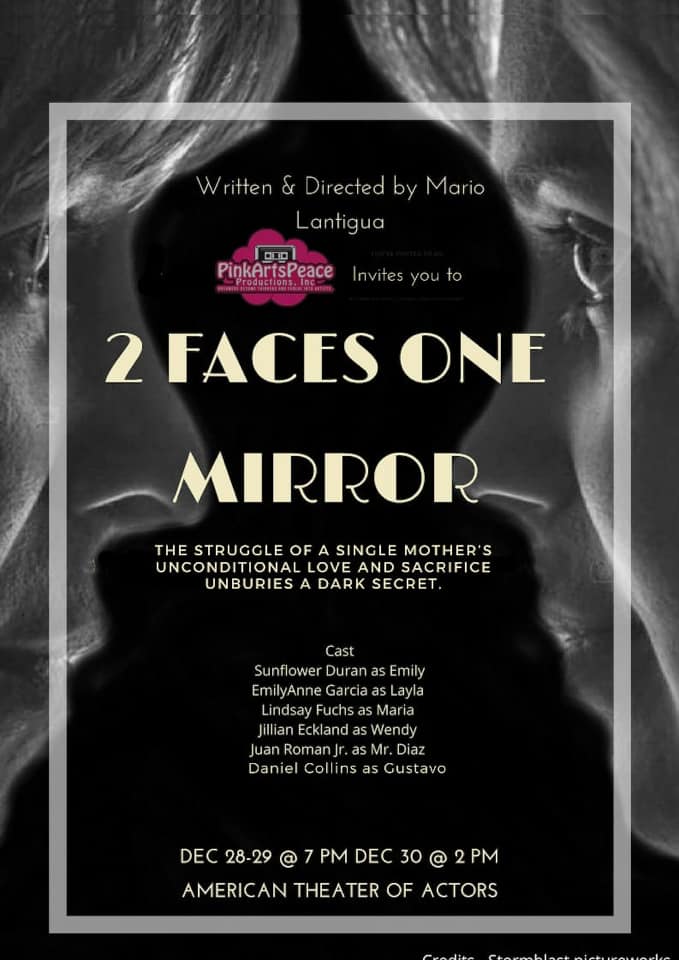 What is YOUR message as a writer – what do you hope to contribute to the independent theatre scene?

My message as a writer is to never put the pen down, and to keep telling your story. Even though I still consider myself a student in the world of theatre and film, I never stop writing. The stories that I tell are a part of the lives of so many people who may not otherwise be heard. We write for ourselves and for all of those around us.

What was the inspiration for this project?

My inspiration for this story comes from the girls and women I grew up with in the Bronx. While their stories are unique, they also have so much in common. Sacrifice, love, navigating family expectations. I think there’s something really special about this particular production, with Sunflower Duran playing the lead role, who herself has lived as a young Dominican mother from the Bronx. It’s a classic tale.

I actually started writing this  play for a class I took in 1995. It’s hard for me explain my creative process, but I just keep writing what I see and feel.

What makes this different or special from the first run?

This run of 2 Faces One Mirror is being produced by Pink Arts Peace Productions Inc. (PAPI), with an outstanding cast and crew. I had no idea what I was doing during the first run of the play. I was doing everything myself, from writing the play to managing the stage, and many of the cast were acting for the first time. With the backing off PAPI, I can focus on directing, while the experienced talent can focus on what they do best.

What did you learn/are learning about yourself through this process?

I am learning to trust myself more, and to also trust a team. As I learned through experience, you can’t do everything yourself. You need a team behind you.

What are your ultimate goals for this production or your company for the future?

My goal is to take this production on the road. PAPI and the cast is filled with Bronx natives who have actually lived through the experiences of 2 Faces One Mirror. Our stories are incredibly important. I would especially love to see 2 Faces One Mirror in Hollywood, as a theatre production and also as a film production.

People say the sky is the limit, but I want the whole universe. My team and I won’t stop till till we get it. In addition to a film version of 2 Faces One Mirror, I’m working on a documentary with the working title ‘Freeing Manuel Lugo’. It’s about gangs, corruption, and the prison system in the Bronx. Our stories must be heard. 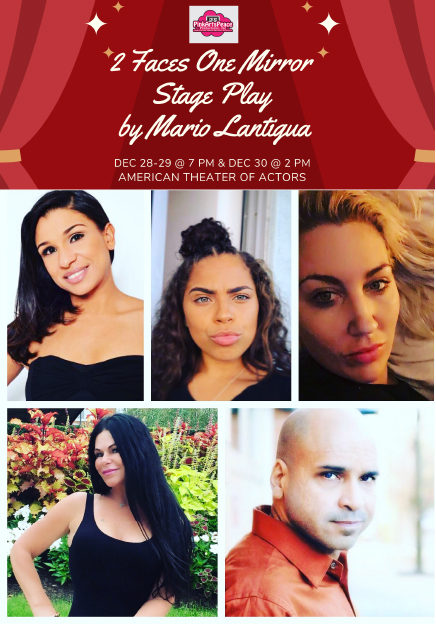 By Liz Cope, Content Manager in Uncategorized on December 18, 2018.
← As You may or may not Like It “Long Rail’s” Journey North →