André Vauthey, a doctor turned actor, had a truly unique story to tell.

The How: What We Do, part of the 3B Development Series, currently running at IRT Theatre 154 Christopher St. NYC #3B (third floor), is a daring and engrossing movement piece developed by the artists in the rehearsal process and explored through improvisation.

What We Do runs the gamut of attention, attraction, separation, and oneness. It is a fluid
kinetic representation of what it means to part of a whole or wholly apart.  Joshua Crone reviewed it in OuterStage saying it is was compelling, organically choreographed and deeply moving.

The mesmerizing experience runs through this week, closing on August 2nd before the next performance piece moves in. Directed by Polina Ionina; William Hand, Shay Wisniewski, André Vauthey, and Rosalee DeHuff are featured. 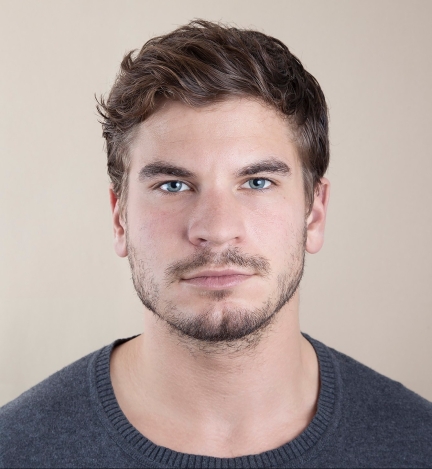 André Vauthey, a doctor turned actor, had a truly unique story to tell.

“I am a young Swiss doctor-turned-actor who moved to the states about two and half years ago. My parents are polish and I was born and grew up in the French part of Switzerland before moving to the German part to study med school. After graduating and working as a doctor, I realized that even though I was doing a very meaningful work, I wasn’t living in harmony with myself, mostly due to the amount of administrative work in comparison to the actual patient’s time. I decided to quit the hospital to take time to myself and make sure I was where I wanted to be and it wasn’t just a consequence of my past decisions. As I wandered in my inner self, I remembered that as a kid I used to love acting and would even force my older brother to perform in front of our parents. So I decided to give it a try. I went to the pinewood studios in London for an acting workshop and loved it. Back in Switzerland I started acting in some films but felt like I need more guidance and decided to move to NYC to study at the Lee Strasberg’s Theater and Film Institute. When I first moved here, I thought it would be just to complete a one year program at my acting school and go back to Europe to work as an actor. But I fell in love with both the city and the school and decided to complete their entire two year conservatory program and stay here. I would say I learned as much about the craft of acting as I have learned about myself. This has been an incredible journey and my state of mind has changed forever. By knowing myself better, I am now so much more expressive and open to this world and to the art. It is a wonderful feeling. 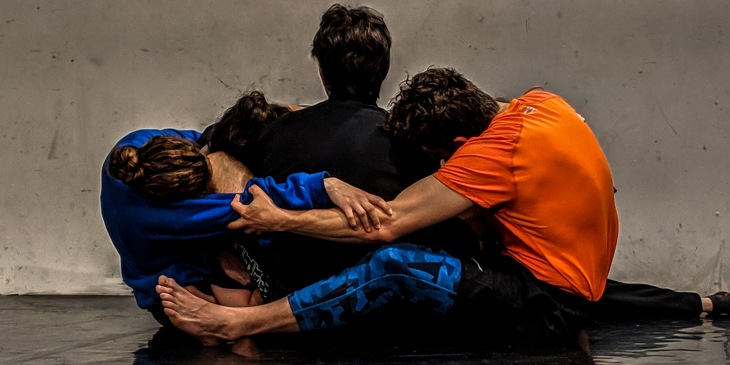 That is an amazing story! What made you want to come to America and thus, New York?

Well there are different reasons. First of all, I lived in NYC with my parents when I was 1 year old for a year and always saw those pictures without remembering any of it. So something in me was attracted by it. Secondly, I was/am always attracted by the energy and the chaos of this city. I felt like something truthful, expressive, raw must exist there. I remembered when I first moved here, I was quite disappointed. Everything seemed too normal. But slowly and gently, the spirit of NYC and Brooklyn came to me and I love it. Finally, the opportunities here are different than in Switzerland. I love Europe and want to do projects there too, but it’s a very different way of seeing the work. Both are great, just different. 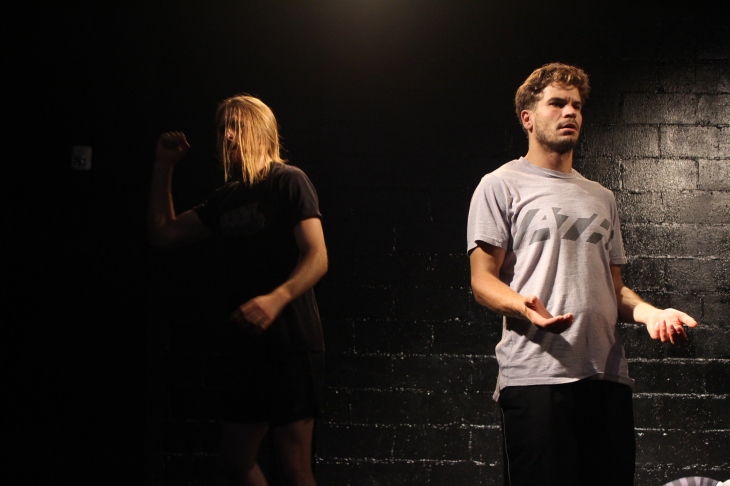 Tell us about this presentation, how does movement in it tell the story?

This presentation and this ensemble is another blessing that just came to me. As I started studying acting I realized that I was what I was convinced I wasn’t: quite intellectual. It took me a whole year to realize that. During the second year, I gently and slowly started to drop from my head to my body and my acting changed a lot. One thing that helped me a lot with that was movement exploration. I started to go to Butoh, Gaga, 5 rhythms, ecstatic dance and that changed my acting and my life. I became way more expressive and in touch with my body and as all this was happening and found on backstage an audition for a movement piece and felt like everything was aligned. I performed with the ensemble for the first time about three months ago and again now. For me, movement and body language is the key of truthfulness. The body doesn’t and can’t lie. There aren’t any words to support you, to support you at moments you don’t feel it. There aren’t any escapes. It’s just you, your feelings, and your body to express it. No lies, no deviations, no intellectualization, pure truthful emotions and the journey told this way is incredible. The audience response to it is wonderful. It talks to people straight to the core. And everyone feels it in their own truth which is the best answer any artist can get. A friend of mine was so touched by our piece, she felt moved but as well felt compelled to put that energy in motion and start her own journey. It’s wonderful when the audience is not only entertained during the show but when something in them shifts and brings them to change things afterwards. More pragmatically, this presentation explores the self in regard to oneself, to others, the self alone, the self in group, the self-facing itself, and the self being part of the whole. We had the opportunity to bring our personal movements in it as well as explore the movement of others and explore the creation of common movements. It is so interesting and thrilling to be able to explore so much with our body and soul. Working as an actor presents many challenges. Working in another country far from friends and family presents challenges as well. Working as an actor in another country… well you get it. I feel very lucky and humble because I am actually performing quite often and doing beautiful work with wonderful people. 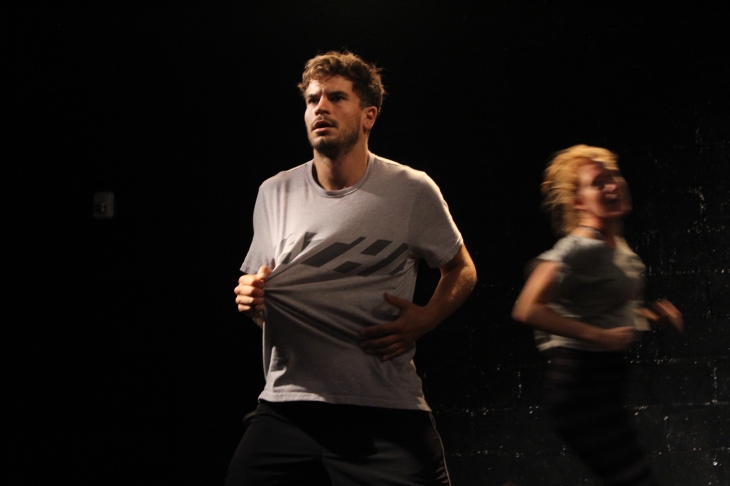 What are/were some difficulties in working here?

At the beginning the hardest part was to get a balance in life. As an actor, you are your own boss and make your own schedule, so it’s easy to procrastinate or to feel overwhelmed. But you learn and grow. Now I feel like I have a nice balance between work from home, work on projects and nature and friends. The hardest part now I guess is for me to get people to see my work, to get an agent, I guess to “break through” as people say it. There are so many actors, so many plays being performed, that it is hard to get an agent or manager’s attention, which is understandable. But I am very positive and feel like I am exactly where I am supposed to be and things will come along when they do. 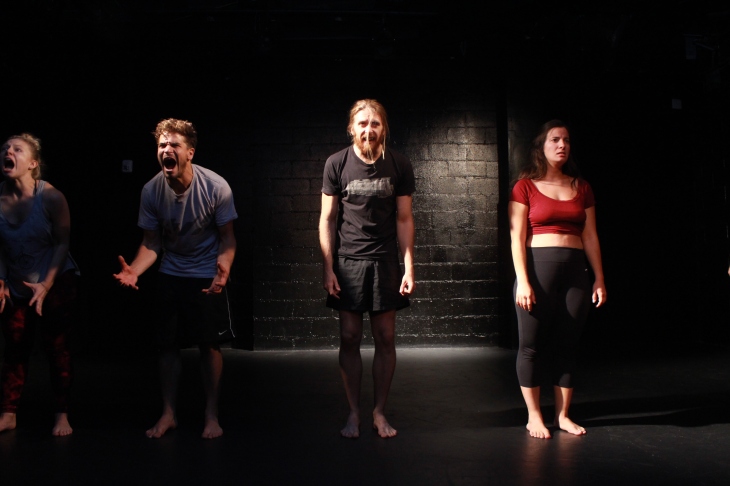 What’s in store for us from you here?

Well I just came back from an international tour as the lead and am now in this show. As soon as we close, I start rehearsing for two other plays: Cocaine and Dreams and Nightmares. As well as for a short [film] that is being shot in two weeks. I am myself writing and exploring a play about what it means to be an artist and so, to some extent, to be a human being.