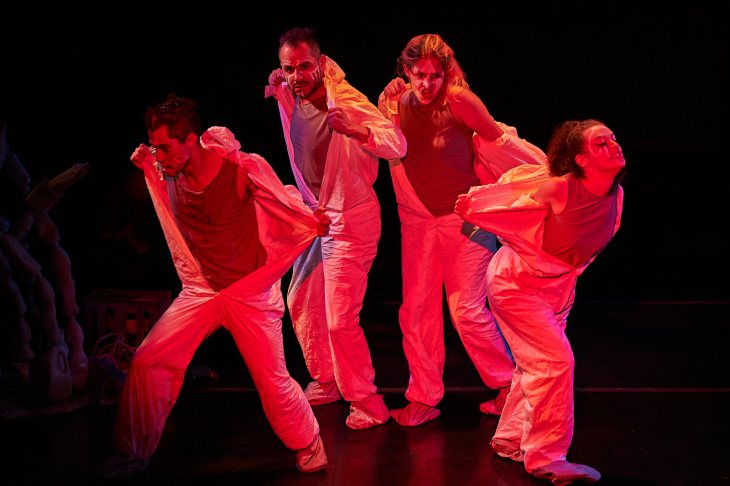 Presented by the Ren Gyo Soh theatre group at the Triskelion Arts Center, Enshowcases Yokko and four other dancers beautifully imitating the movements of the natural world in more or less presentational ways, all expressed through the languid, deliberate movements of Butoh. 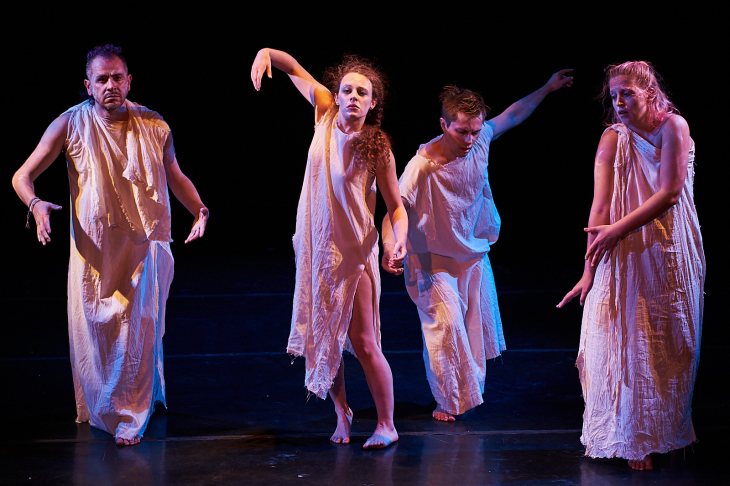 The opening segment is also one of the most successful and evocative. The five company members suggest the movements of tropical fish, feeding, chasing, exploring, mating. Costume designer Deepsikha Chatterjee adds a layer of environmental commentary by creating their fins and gills out of plastic bottles, egg cartons, product boxes and other detritus with which mankind has littered the ocean. He seems to ask, are these creatures enmeshed in the trash, or has the trash actually become part of them?

Though much of the rest of the performance is abstract, it seems to follow an arc from the ocean to the land, to the bustle of the human world. As a company they play on a beach like children in one of the more lighthearted moments, but also writhe with their heads trapped in cages in one of the darker segments. 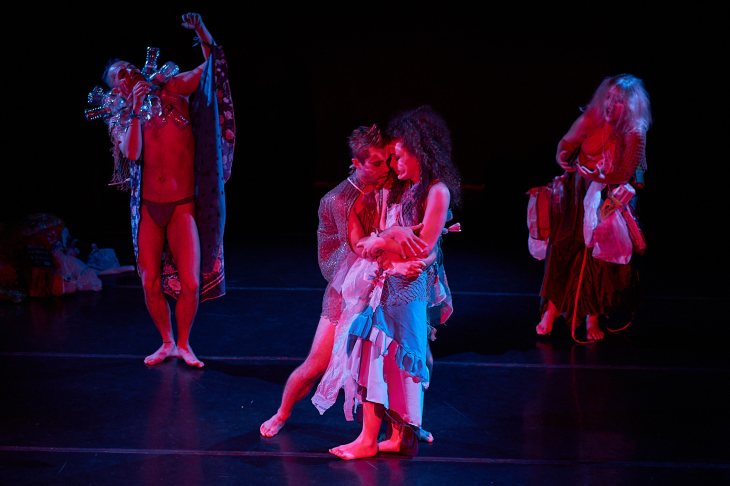 Each of the dancers take moments to shine in solo passages they choreographed themselves. Petite and fierce Annie McCoy is frequently highlighted, at one point struggling on her back like a turtle or chick hatching from an egg, and at another point recreating the quivering pangs of childbirth.

Miles Butler provides a transition from the sea to the beach in a remarkable sequence where he sheds his fins and staggers onto a beach, like Adam in Eden, only to be swept up into a kind of factory where he loses his individuality.

Efrén Olson-Sánchez and Laura Aristovulos evolve through a variety of roles including teeth-gnashing wild animals, ghosts, and beings who struggle clumsily to stand but then suddenly acquire fluid grace. The show benefits from the occasional majestic appearance of Yokko herself, covered in ethereal white makeup, like a spirit of the earth. 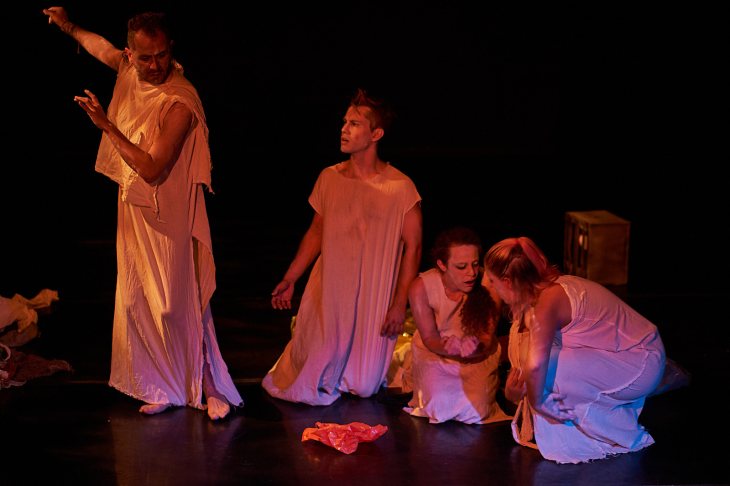 All of this is performed with the deliberate slowness of Butoh. The evening would benefit from an occasional andante or allegro passage to set off the rest.

In the end, the company seems to return to the sea, gazing out over the audience, as if surveying both the beauty and ugliness what man has wrought.