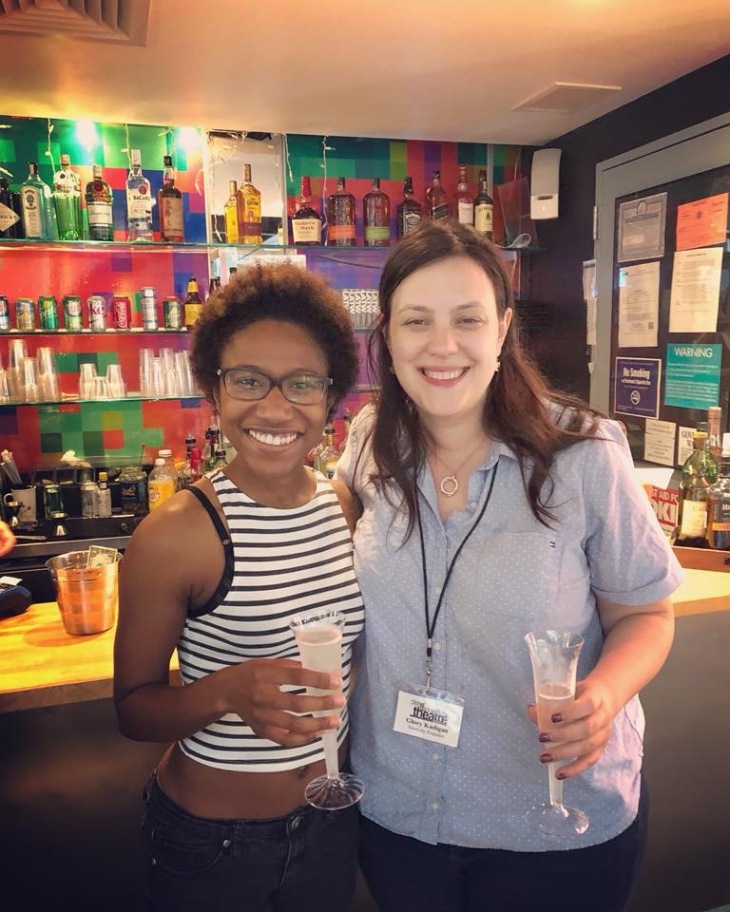 Their first project, Vivian’s Music 1969, exploded at Edinburg Fringe before a resounding off-Broadway run last July, which became the springboard for a multi-state tour. Now the two have come together again at the “home” of another woman leader of the arts – Ellen Stewart’s legendary incubator for quality art from the soul – LaMaMa – for a full-scale run of a show that premiered as a workshop presented by the acclaimed Farm Theater Company at Kadigan’s own incubator of the arts – Planet Connections Theatre Festivity. The Floor Is Lava, one of the more visible works exploring the world of the Millennial, premieres in May.

The Floor is Lava, May 09 – May 19, 2019 – Downstairs | 66 East 4th Street
Thursday to Saturday at 8PM; Sunday at 5PM Tickets: Lamama.org
Written by Alex Riad and Directed by Glory Kadigan

How did you two meet – and decide to collaborate?

Kailah: Glory and I were introduced to each other through playwright Monica Bauer in 2017 while working on a staged reading version of Vivian’s Music, 1969.

Glory: Yes we were introduced to each other through Monica Bauer the playwright of Vivian’s Music 1969. We were both asked to be involved in a reading of the play and about a year later, Monica contacted me to ask if I would direct a production of it that was going to Edinburgh Scotland.

Tell us about Vivian’s Music and its run?

Kailah: Vivian’s Music, 1969 is a fictional story based on a real-life event of Vivian Strong, a 14 year old black girl who was wrongfully shot and killed by a white police officer, which ignited the Omaha riots in 1969. A little less than a year later, Vivian’s made its way to The Edinburgh Festival Fringe in Scotland where it received 5-star reviews. Vivian’s Music was then extended from 55-min to 85-min and performed a 3-week at the Off-Broadway venue 59E59 Theaters. Since the new year, Vivians has toured to the East Hamptons and to Connecticut!

Glory: Yes, and now it’s going to run in DC and we might have another production of it in NYC next year. 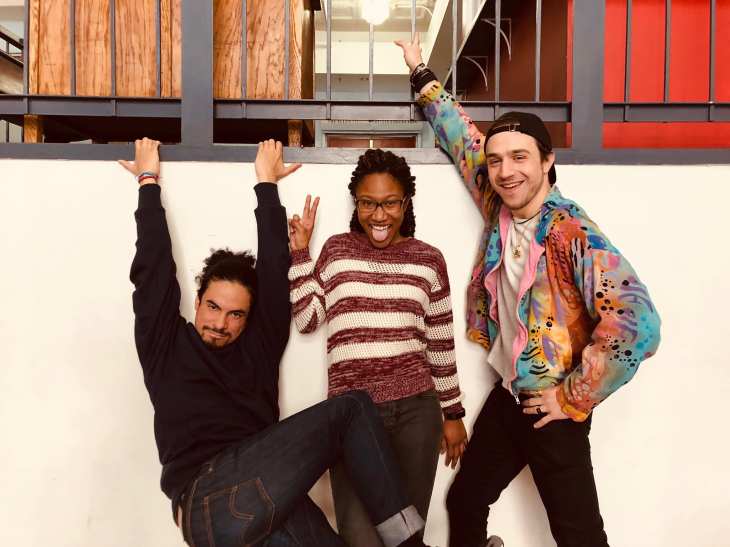 Kailah: I always have a great time working alongside Glory. We get along well and understand each other, so moving forward with her to the new production of The Floor is Lava felt very natural.

Glory: The Floor Is Lava had been presented as a workshop production at Planet Connections Festivity by The Farm Theater Company lead by a long time friend of mine Padraic Lillis.  La Mama was interested in supporting writers in their twenties who were writing about issues that 20-somethings are challenged with today. So I created a short list of writers, which Alex’s name was on. I’ve been with La Mama for about five years and consider them to be one of the most outstanding communities you can be a part of in the theater world. Alex eventually met with Mia (Artistic Director of La Mama) and The Floor of Lava was offered a slot with me as director. Luckily Padraic gave us the green light. Alex (the playwright) and I then had several closed readings of the script and heard many great actors on roles. But I always knew in my heart that I wanted Kailah and that she would be brilliant. Our collaboration on Vivian’s Music 1969, meant that we had a shared mutual respect for each other and for each other’s process.

Two different plays, themes, schedules, and, I’m sure, many other things. How does that change the way you work together?

Kailah: Well, our rehearsal process is definitely very different. With Vivian’s, both my costar and I perform alternating monologues, so I had to rely a lot on storytelling, playing multiple characters, and since we were on a bare stage, it’s really the actors job to create this world in which the audience can see exactly where it is you want to take them. With Lava, I have scene partners I need to play off of and connect with, and a stage filled to the brim with scenery.

Glory: Well Vivian’s Music 1969, is a play about one of the worst race riots in United States history, sparked by the shooting of a 14 year old black girl by a white police officer. Floor Is Lava is partially about the unconscious bias in todays time, regarding race and gender. I knew from the beginning that these topics were part of what I was interested in exploring with my own interpretation of the play. So I intentionally sought a diverse cast of performers which has cracked open the plays accessibility. In terms of our collaboration, Kailah is someone who always wants to do the work.  So am I. Having the trust in each other that we’re going to put in the time, and deliver, goes a long way. Also we both love Game of Thrones so….there’s that.

Do you foresee a grander scale to your working relationship (partnerships, writing, producing together, etc.)

Kailah: Although it isn’t something we’ve personally talked about I do foresee us working together of future projects. We get along great, and I’m constantly learning new things about Glory as a director and about myself as a performer.

Glory: We haven’t talked about that yet but anything is possible. In terms of process, there are adjustments made to different companies.  La Mama gives us all room to “explore” and “experiment” with the rehearsal process.  In commercial theater, you aren’t allowed to “explore”. You just have to do it the way that it’s always been done before. Both Kailah and I are flexible at adapting to a theater company, and delivering what commercial theater producers need.  But, sometimes it’s just fun to be “experimenting” down at La Mama. So that’s what were doing with the process this time around.

Speaking philosophically and specifically, what makes a good team in the arts?

Kailah: What makes a good team in the arts is just always being ready to put in the work. Putting together a show of any size requires a lot of hard work, and when everyone is willing to make choices and be flexible to change, I think a lot of greatness can follow.

Glory:  Trust. But also…being met by your collaborators in terms of work ethic and intelligence.  The entire cast of Floor Is Lava are people who really want to be doing the work. It’s the first time in a long time that the entire cast “met” me on day one with ideas, thoughts, and creativity. I love going to rehearsal to see them because all four of them are great collaborators. They’re smart and talented but also flexible and easy to get along with. We’ve been having a great time collaborating.

Kailah: Next up, I will be revisiting Vivian’s Music as we head down to Washington DC for a 16-show run this July!

Glory: We’re looking forward to Vivian’s Music 1969 running in Washington DC in July.  Kailah and I will be going into rehearsals with Russell Jordan (another brilliant actor) at the end of June.  I’m also working on two new Erik Ehn plays, one in June at the Sheen and another on Governors Island in early August with Rising Sun Theatre Company.

By Liz Cope, Content Manager in Uncategorized on April 23, 2019.
← Do you hear the people sing … Pvt. Wayne Miner and Playwright Kenthedo Robinson →