The Buffalo Hero of World War I
The Wayne Miner Story
Returning to New York for a special limited engagement is Kenthedo Robinson’s powerful drama about a group of unknown and unsung heroes of World War I.

Black Lives Mattered … even in 1918
Acclaimed playwright, Kenthedo Robinson’s retelling of the true story of three young men enlisted to fight for World Democracy during WWI returns to one of New York only remaining off-off Broadway movement venues (along with La Mama and theatre for the New City), the American Theatre of Actors for a limited run during the holiday season.
Wayman Miner (1894 – 1918) was an American soldier who fought in the Buffalo Soldier regiment during the First World War. He died in the hours between the signing of the Armistice and the symbolic 11 a.m. time it was set to go into effect, after volunteering for a mission to carry ammunition to a machine gun nest. This is his story and that of his fellow Buffalo Soldiers.

They battled many more enemies than many soldier of the time. Most battled the Ottoman Empire, but the Buffalo Soldiers discovered that racism and harassment proved to be their own personal enemy. Their most powerful weapon — the power of brotherly love and the glory of honor. 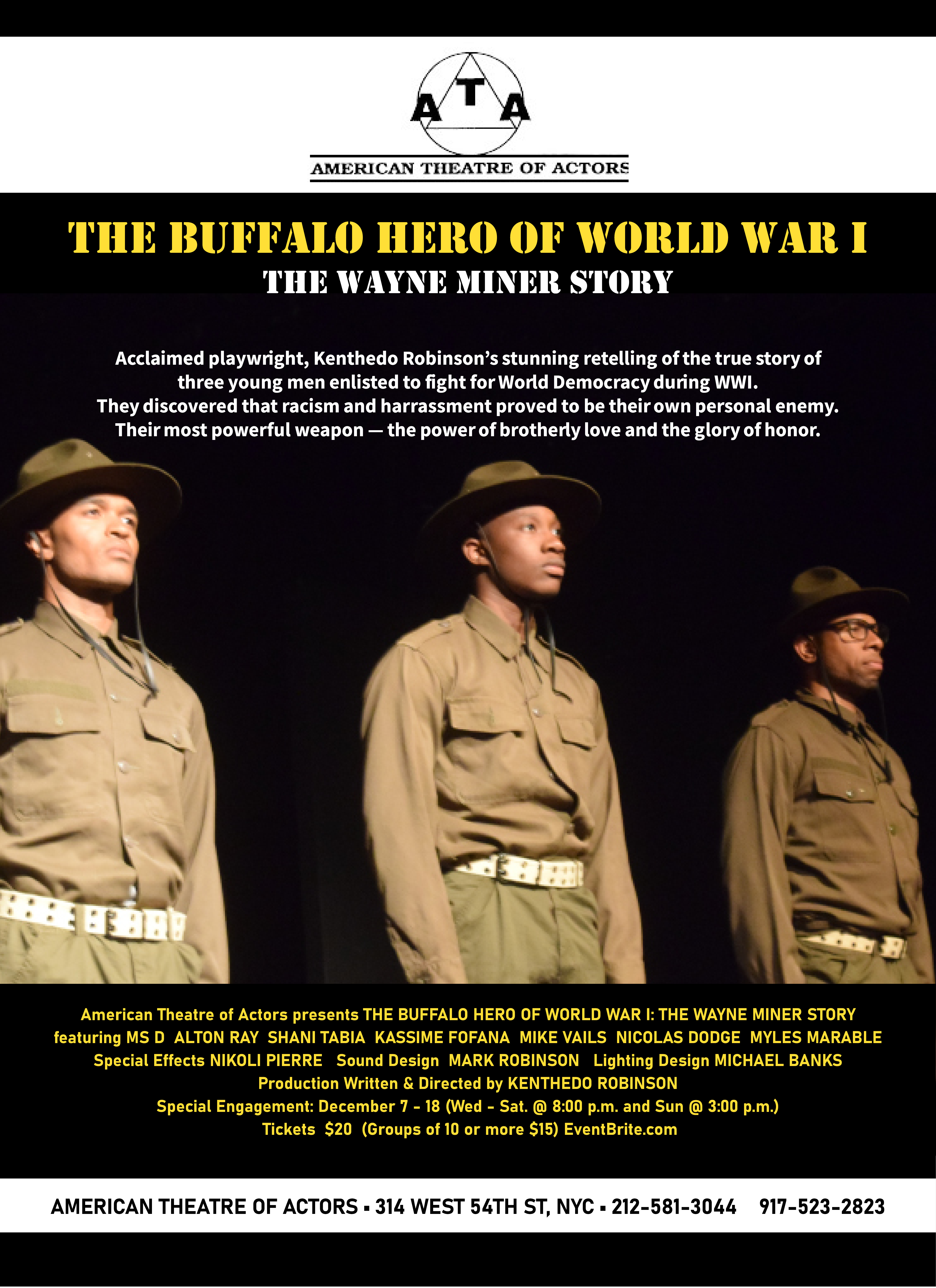