Home » Uncategorized » The Professor and the Theatre Festival

The Professor and the Theatre Festival

The theatre festival – once a rare event – is now a staple of New York arts & culture – not to mention tourism. These festivals open the door for playwrights to get their work seen. It becomes a de-facto battleground for visibility and continuity. Some can’t stand the heat and vanish after a play (or two) and then…

But then there are others that weather the storm to go to become a respected member of the indie arts community. One such member is Matthew Ethan Davis.

A distinguished college professor, Matthew Ethan Davis earned his stripes is a familiar name in the New York Theater Festival circuit. His name was celebrated at the Midtown International Theatre Festival, the International Solo Festival (and was published in an anthology of plays from that festival), the New York International Fringe Festival, the Emerging Artists Theatre Company, Gorilla Theatre Group, the 14 One-Act program at Oasis Theatre Group, the Queerly Festival as part of the Frigid Fest.

His currently play is part of the Hudson Guild Theatre’s ongoing festival (Summer and WinterFest).

We wanted to take a moment to chat with Prof. Davis about life in New York Indie Theater.

Tell us about the show and about you – the playwright.

I have been writing plays since I was 8 when one Jewish Christmas morning, I found a typewriter under the tree for me. I never took it seriously until the The North Hollywood Theatre asked me to become a member (I was shocked) and then produced one of my plays (I was shocked).

It was pointed out to me that if I was going to be a playwright I should move back to NYC. I had been thinking about this anyway, because someone I loved very deeply was dying of AIDS. It turned out to be over my head because my mother died of lung cancer at the same time.

However, I kept writing and getting little productions of my plays until my boyfriend, now husband, insisted I go to college and I went to NYU where I got my BFA & MFA in Dramatic Writing and then a MA in Deaf Education.

I was the Writer in Residence for two theatre companies and found that I needed to be on my own. I kept writing and having little productions. My most current production was “Sleep At Your Own Risk,” a one-man comedy staring Rick Sky. We got a sweet review and paid. We’re going to keep building on the play, along with William Roudebusch, the dramaturge, and try to take it as far as we can.

As far as “Faster Than Shadows” goes, I’ve never seen it on it’s feet and in front of an audience. I love the characters and really feel for them. My director Ivette Dumeng, and the actor Bryan Hamilton have both been with me on this play for two years and deserve some kind of award. The rest of my cast Meghan E. Jones and Alfredo Diaz are both also wildly talented.

Your plays have a variety of topics and characters. Where do you get your ideas?

I get my ideas from my imagination which, as for everyone, is infinite. I always use aspects of myself in all my characters. I try to find what’s deepest and most private and share that, and that usually turns out to receive universal positive response.

A nightmare. However, I have always been extremely lucky that really talented, incredible people surround me to help out with everything.

Does the festival circuit help or hinder?

The festival circuit is like a miracle because it allows me to see my plays on their feet. I’ve been in many festivals and they’ve always helped me tremendously get to the next draft. For me, playwriting is all re-writing and cutting. I love both so much. Sometimes directors forbid me to keep rewriting.

Where do you hope this play goes?  What’s next?

I have no idea where the play goes next. Next is trying to get all my plays to the next level, and continue studying screenwriting at the Jacob Krueger Studio, writeyourownscreenplay.com, which I consider my Artistic home. 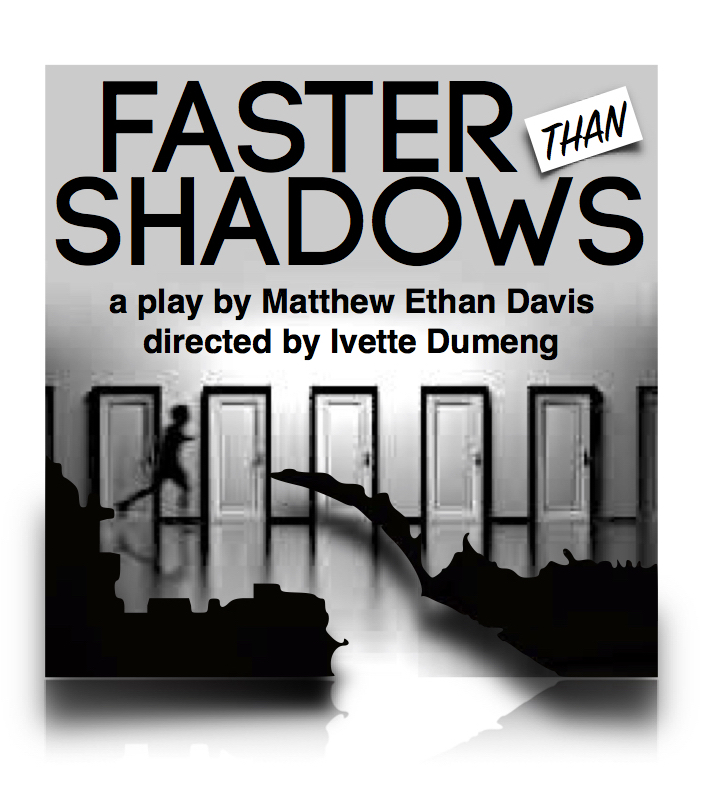 By Liz Cope, Content Manager in Uncategorized on August 12, 2019.
← Robert Viagas is in 2071 THIS Mr. Rogers’ Neighborhood is far darker →