July 4 marked the formal launch of an ongoing fundraising effort to bring One Empire, Under God, the new full-length drama by writer/producer Anthony J. Piccione – to the stage in 2021, with an announcement forthcoming for a staged reading this Fall, in advance of a full production. Monthly donations are now being accepted at www.patreon.com/oneempireundergod

Set in the far-distant future, One Empire, Under God tells the story of how an emotionally disturbed young man – with the help of virtual media technology – is able to rise to political power by inciting an uprising against America’s openly atheist president, and subverting democratic and military rule throughout Western civilization, paving the way for him and his descendants to rule for generations to come. Every step toward a more perfect union is followed by an enormous reactionary backlash. That historical trend remains very much alive in the future, as seen in this provocative critique of nationalism, imperialism, and religious extremism.

The production will be directed by Andrés Gallardo Bustillo, Associate Artistic Director of The Phoenix Theatre in Philadelphia, where he was the associate director and choreographer on their productions of The Tempest and The Glass Menagerie. He also has directing credits that include productions at the Davenport Theatre and the American Theatre of Actors. He met Piccione when he served as assistant director of Piccione’s full-length drama A Therapy Session with Myself as well as an actor in his short drama, What I Left Behind. Bustillo’s acting credits include West Side Story, (Indio) Peter/Wendy, (Peter Pan) & My Magical Chivita, (The Man) and he is the founder of Cumbres Musical, a pre-professional theatre program in Colombia.

Tell us about yourself as an artist.
I am a Colombian director and performer that is madly in love with telling relevant stories that hold a mirror up to humanity. I believe that the arts should always ask questions, not answer them; and it’s my role as a director to challenge the audience to examine their preconceived notions and beliefs. I strive to tell stories from a place of truth.Through theatre, I endeavor to light a spark of curiosity in my audience, that will hopefully one day become a flame, or even a fire, igniting change in our society. I consider as artists we are the ones to set in motion that change towards an imperfectly perfect world. I admire art that makes its audience uncomfortable, and I seek to make my audience question life as it is.
What most interested you about this project?
The relevance of this story today. Revolution, change, new ideals, willingness to adapt and listen.These are all ideas that appear in our play, and I think the audience will find they resonate with situations we are currently living through, not only in the United States but around the world. As our slogan says “May the people outlive their oppressors…”, what better time to tell this story?
What will we – the audience – take away from this play?
I can’t tell you with certainty what you will take away from this play, I can only tell you what I hope you will take away from this play. One Empire is very much about fighting for a better country, so I hope it will serve as a call to action of sorts. I want the audience to question what side of history they are in, and to understand that the fight is not over until everyone is active. The play has a very diverse cast of characters, so hopefully everyone in the audience will be able to see themselves in one of them. Representation matters. 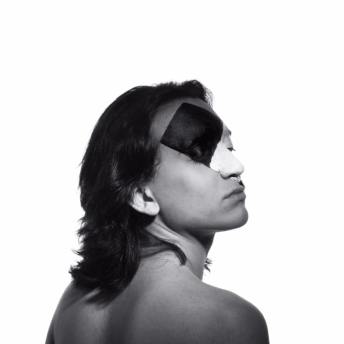 We hear the word “dystopian” a great deal. What’s a dystopian future to you and how can we change that?
I believe we are living in my version of a dystopian future. A world full of injustice, suffering, mass extinctions, an environmental catastrophe… and we are the only ones to blame. I can’t imagine it getting any worse than that.
The good news is that sometimes you have to fail to then make it right. We are living in  unprecedented times, where people have to realize that we can’t ignore the failures of  our society anymore and push it aside for someone else to deal with them. It’s on us to decide how our actions going forward are going to create a wave of change. Everyone can do something. Vote. Stop using plastic. Call your representatives and demand change. See an injustice? Call it out for what it is. Listen to women, specially black women. This is a moment to be uncomfortable; if you are not, you are probably on the wrong side of history. It is time for us to understand that there is only one race, the human race, and that we only get one Earth. As Michelle Obama said, “Do we settle for the world as it is, or do we work for the world as it should be?”

By Liz Cope, Content Manager in Uncategorized on August 4, 2020.
← Jelani Alladin and Claudia Acosta are having a SWELL time. The BLAME Game →