A cavalcade of acclaimed Playwrights offer-up a plethora of playlets looking at the world through less-than rose-colored glasses in Planet Connections New Short Play Festival “DARK PLANET: Not Your Mother’s Valentine’s Day” at the Theater at the 14th Street Y, 344 E 14th St, New York City.

Some very funny, some brutal, all engaging.

Ai spoke to three of the playwrights in the 7:00 p.m. slot and one in the later part of the night about their work and the impending premieres. 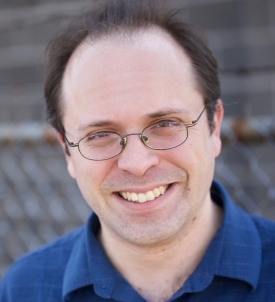 Lenny Schwartz, a writer/director of such plays as Subject 62, Kung-Fu Babies, The Inside of His Severed Head, Ben Minus Zoe Minus Ben, The Social Avenger and Co-Creator amongst many others, is also an accomplished screenwriter of such films as Murder University, Normal, Accidental Incest and the upcoming The Haunted and The Hunted, Codename: Dynastud (Scorpio Films Releasing) Long Night in a Dead City (Scorpio Film Releasing) and Higher Methods (IM Filmworks) among others. Schwartz, with a flair for the fantastic, contributed a work called PLAY WITH ME. “My Initial idea for it was to have a romance set in a fetish club,” says the whimsical scribe, “And to be raw and honest with the language. I had originally thought that nobody would ever produce this but – lo and behold – here we are!” His clever retort is indicative of his faith and confidence he has in Planet Connections. Making sure we are “turned on” by the salacious settings, he interjected “It is a short play that Is designed for laughs and acceptance for all no matter who you are and what your proclivities or lifestyles are.”

The second writer is Desi Moreno-Penson, a New York City-based playwright and actor. Her plays have been developed and produced at a vast array of recognizable venues: Ensemble Studio Theater (EST), The 14th Annual Women’s Playwriting Festival in Providence, RI, Urban Theater Company in Chicago, Teatro Coribantes in San Juan, PR, the SPF-Summer Play Festival, Henry Street Settlement, terraNOVA Collective, and The Downtown Urban Theater Festival (DUTF) @the Cherry Lane in New York City, among others.  RECONCILE, BITCH, her entry in this short-play fest, is about a pair of passionate, overly dramatic hipsters that love each other and struggle to get back together. Although for the sake of the universe, they probably should not be together and should probably be in separate mental institutions! This piece was originally commissioned by Tiny Rhino, based out in Brooklyn. With only love and romance to go by, she went dark – even twisted. “I don’t care for rom-coms at all,” says Moreno-Penson, “so I took my inspiration from Shakespeare’s A Midsummer Night’s Dream, and specifically, the scene between Helena and Demetrius (“And even for that do I love you the more. I am your spaniel. And, Demetrius, the more you beat me, I will fawn on you.”)”

Finally, Monica Bauer boasts a litany of works that were internationally produced. Her most recent full-length play, Vivian’s Music, 1969 (directed by Glory Kadigan) was seen Off Broadway at 59E59 Theaters, and is being published by Original Works. She has won awards like the Emerging Playwright Award from Urban Stages, and a Planet award for Best Script of a Comedy Award for Anne Frank and the Gaza Strip.

Her respect for the mission of Ms. Kadigan and Planet Connections was all the impetus she needed to pen a play just for this festival. “I wrote it specifically for Dark Planet, and for three of my favorite actors, John Fico, Randall Rodriguez, and Russell Jordan,” said the international produced playwright, “Two gay men with guns, and a future professor of African American studies, participate in what may or may not be a legitimate drug deal, potentially foiled by a comic flurry of accusations and explanations. May the person with the best story win!” Yes, this festival is designed to be packed with love stories but as Ms. Bauer put it: “it’s a twisted little play that doesn’t seem at all like a love story … and it isn’t. Except for the turn it takes that I hope takes the audience by surprise!” 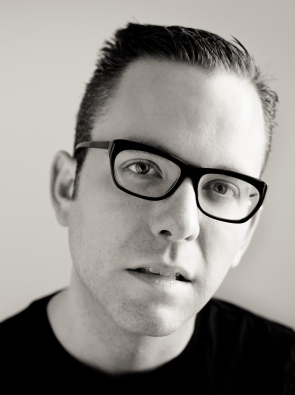 Produced widely in both the United States and Australia, Drew Larimore made his Off-Broadway premiere of his new play OUT OF ICELAND in the spring of 2012 starring Lea Delaria at Walker Space.  He has been a semi-finalist at the O’Neill Theatre Conference, The Lark Playwrights’ Week, the Heidman Award, the P73 Playwriting Fellowship, a writing residency at Hawthornden Castle in Scotland and former EVVY award-winnder. His short play, THE ANNIVERSARY, after receiving a world premiere in Australia and a U.S. premiere in New York, is published in Vintage Anthology’s recent SHORTER, FASTER, FUNNIER.  His new play, THE CANNIBALS OF MCGOWER COUNTY was featured in Asolo Repertory’s Unplugged Festival of New Work, an O’Neill Finalist in 2016 and workshopped at Denizen Theatre in 2019.

His entry is awash in irony. TEXT ANGEL is a solo show about Bonnie, an entrepreneur/motivational text angel, who accidentally sends the wrong motivational text to the wrong person, thus resulting in tragedy. Drew offers up a piece that seems to echo the old phrase of the road to hell is paved with good intentions. “TEXT ANGEL is actually a part of a collection of inter connected monologues about a death-by-sexting, where people struggle with their own responsibility in the situation writ large,” says Larimore, who most recently, served as a writer-in-residence at the Studios of Key West, the Key West Literary Seminar, and the Djerassi Artist Residency Program in California.

The meat of this written matter was a question posed about short-form works. The ten-minute play is making a name for itself across the New York theatrical skyline. With so many larger festivals disappearing, there seems to be bigger space for little plays, but how do authors feel about it?

Ms. Moreno-Penson was most vocal: “Some stories can be easily told within the ten-minute parameter. Other stories need a little more time. As a playwright, I feel that I have a lot to say, so I much prefer the formats of the one-act play (15 to 25 minutes), or the full-length (45 to 90 minutes). However, one really great thing about writing within such tightly constrained limitations is that it forces you to be very specific in all your choices. Every word, idea, and nuance have to be very carefully chosen and decided upon. As challenging as that is, it can also be a very positive learning experience. And I’m all for learning new stuff!”

Mr. Larimore seemed the most exuberant: “Short form is great!” he said, “I started writing with short plays, and I still think there is a succinctness to them like nothing else.” One would imagine Ms. Bauer felt the same – being able to form a piece for her favorite actors and for her trusted colleague, Glory Kadigan. “If they’re good, they end before you feel it’s really over,” he concluded.

Mr. Schwartz agreed and summed it up in true ten-minute play style … one sentence: “get to the point and get the Hell out!”

With these being only one-third of what the bill-of-fare is on this valentine of vociferous verses … it looks to be a great night.