The American Dream: a Story of Two Crazy Broke Asians 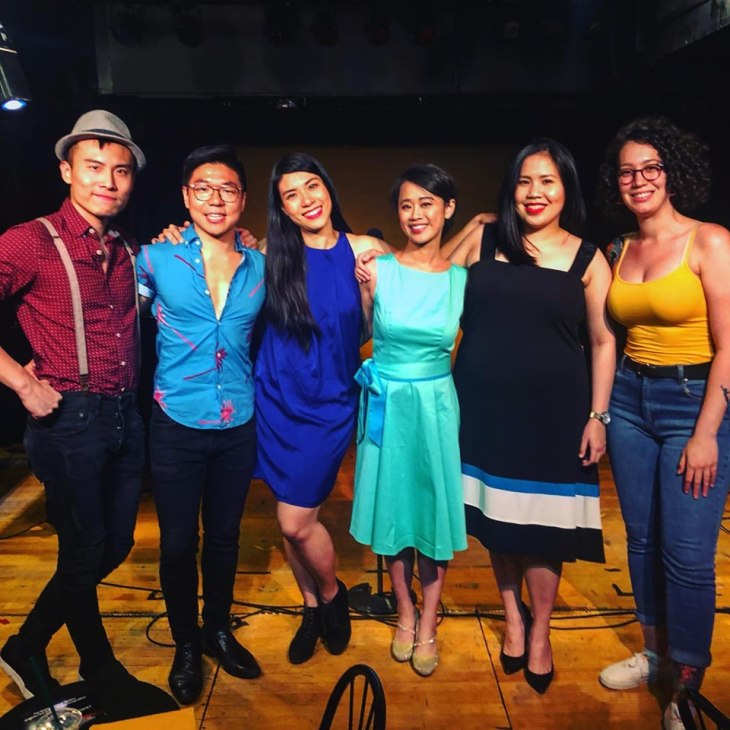 It’s a timeless New York story, celebrated on stage in Wonderful Town and told countless times before and since: penniless newcomers arrive in the big city, looking for love, fortune and fame. Hearts are broken, dreams are dashed—but new dreams take their place and love is found in the least likely of places.

The twist in the latest incarnation, the 50-minute musical cabaret show The American Dream: a Story of Two Crazy Broke Asians, is that the newcomers are East Asian: Grace Shih and Yanzi Ding. They present their wry romantic story as the flipside of the hit movie comedy Crazy Rich Asians

Shih arrived first and knows the ways of the city a little better. She acts as a big sister and confidante to Ding, an ingenue who steps off the plane in a Miss Saigon-like pursuit of an American boy she met back home. Ding gets a tough lesson in the ways of love in New York, but eventually learns to love the city, and her “sister” on their own terms.

American Dream features pre-existing songs, many with new lyrics, mostly from Broadway shows and musical films. One of the funnier conceits of the show is that Ding has learned English from Disney musicals and speaks extremely well—as long as she’s saying something from one of the Mouse House classics.

As the highlight of this show, Ding lends her lovely soprano to “Part of His World” from The Little Mermaid, does her own sprightly vegetarian take on “Happy Working Song” from Enchanted, and breaks hearts with “Another Suitcase, Another Hall” from Evita.

Among Shih’s contributions include sturdy versions of “I Get a Kick Out of You” from Anything Goes and “Simple Little Things” from 110 in the Shade. The two women cement their friendship with “For Good” from Wicked.

Leo Chang appears as a heartthrob interest for Grace, and adds his leading man stamp to “Almost Like Being in Love” from Brigadoon. Diversely inspired musical accompaniment is supplied by Ming-Hsueh (Mitch) Lin on the piano.

Directed by Kui-Fang Tseng, produced by Maya Avisar and supported by the Alliance of Alien Artists, The American Dream: a Story of Two Crazy Broke Asians played a single scheduled performance at The Duplex cabaret in Greenwich Village.

By Liz Cope, Content Manager in Uncategorized on July 5, 2019.
← Standing with Jazmyn & Janelle is Step 1 William Considine and The Greeks →