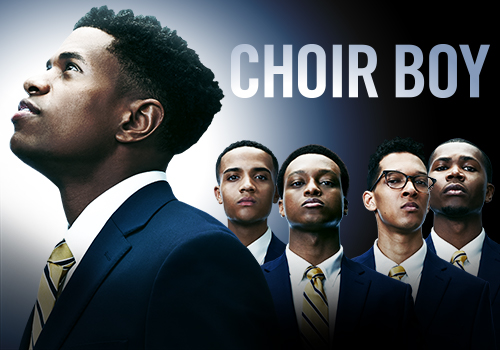 It turns out that all-male, all-white prep schools, such as the one revealed in all its awfulness last fall during the Supreme Court confirmation hearings for Brett Kavanaugh, have no corner on the market for bullying, violence and illicit sex. Choir Boy, the new Broadway drama with music, goes behind the ivy-covered walls to explore what happens when a gay student at the all-black Charles Drew Prep School for Boys tries to confront homophobic hostility among members of the school’s championship choir after he is appointed their student leader.

Choir Boyis not technically a musical, but is nevertheless drenched in music. In between the confrontations, the young men give lush, close-harmony, a capella performances of several gospel classics, notably “His Eye Is on the Sparrow,” plus pop hits “Boys To Men,” “Autumn Leaves,” and “Love Ballad.” These songs are used to reflect and comment upon the action of the play as the young gay man, Pharus Jonathan Young (the angel-voiced Jeremy Pope) comes into conflict with his straight rival and antagonist Bobby Marrow (the smoldering J. Quinton Johnson), who also happens to be the nephew of the beleaguered headmaster (Tony Award winner Chuck Cooper).

The school’s traditions of honor and achievement are old and a source of intense pride. All the teenaged students aspire to grow up to be “Drew Men.” One of the unwritten Drew taboos is “snitching” on a fellow student, and the strain between this tradition and Bobby’s survival eventually lead to an epic clash.

However the road to get there takes several interesting twists and detours.  Tarell Alvin McCraney’s script deals not only with the issue of bullying,  homophobia, and sexual repression; it looks at black history and the world beyond Drew’s walls where these young men will someday have to make their way. The conflict between Pharus and Bobby is fought on the concert stage and in the classroom as well as in the locker room. Pharus also has no small ego and it irritates his classmates that his obvious talent seems to support it.

Pharus and Bobby disagree over whether the spirituals they sing were purely religious in nature or if they contained coded nuts-and-bolts directions on how to escape slavery and journey to freedom. The underlying question is whether their slave forbears used purely spiritual means to transcend their slavery or if they took concrete steps to win their freedom. The difference adds another stick of dynamite to the coming explosion.

By Liz Cope, Content Manager in Uncategorized on January 23, 2019.
← Robert Viagas at The Prom Family Secrets →