Dead Brains leaves a mark on you from the onset: its unique name, its compelling performances; its razor-sharp direction; and surely, it’s psycho-drama. Dead Brains is a tale of a successful artist attempting to discover (or maybe re-discover) himself (with the aid of his significant other) through an experiment in order to create a masterpiece that he can keep for himself.

Main character, Henry, explores and experiments with the world around him for his “unique” and “iconic” art, he seeks out his target. Dead Brains is a show that will snatch your attention until the very end.

Richard Wingert’s interpretation of Champney’s convoluted Henry, was both protagonist and antagonist. Wingert was phenomenal as the seemingly innocent artist who’s living in the now and wanting to make the next big thing while hiding a psychotic and deranged side which he must employ for his masterpiece. 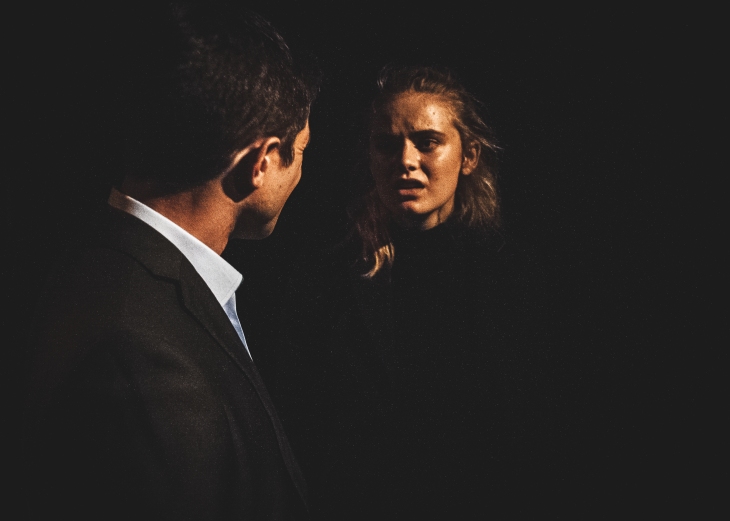 His lover, Philly, played with perfection by Ellie Gossage, with every line, builds the tension and Henry’s dark side.

The cast of three were both a tight ensemble and group of stars. The chemistry between the actors, whether they clashed together or intertwined themselves with one another, was chilling and remarkable. Matt Maretz, who plays Corey, ran the gamut of emotions to serve up vulnerability, fear, and simply survival.

Erik Champney wrote about an artist wanting to create a masterpiece. I guess it was Champney who actually did that.

This show is absolutely a work of art.

The title “Dead Brains,” has a strong significance. Once finished with the show, you’re left with a dead brain; you’re speechless, you’re in utter awe, and you’re even starstruck. This show was a fantastic performance, and gives you a taste of how an artists mind can wander almost anywhere, especially when in the dark.

By Liz Cope, Content Manager in Uncategorized on July 18, 2018.
← Dark Times Ahead A Moment with Tandy Cronyn →